"I don't know why and I'm not yet motivated to fix it since my views on esd are mostly unprintable."
- Alan Cox

XMMS is a multimedia player for unix systems. XMMS stands for X MultiMedia System and can play media files such as MP3, MOD's, WAV and others with the use of Input plugins.

XMMS is mainly targeted at music playback, but through thirdparty plugins some rudimentary video capabilities exists, but there are much better systems other than XMMS for video support.

It was modeled after winamp from the Windows operating system. XMMS is not a port of Winamp but was written from scratch by Mikael and Peter Alm. 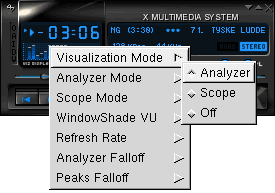 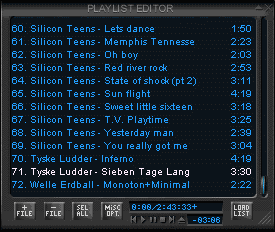